Let Your Dreams Be Bigger 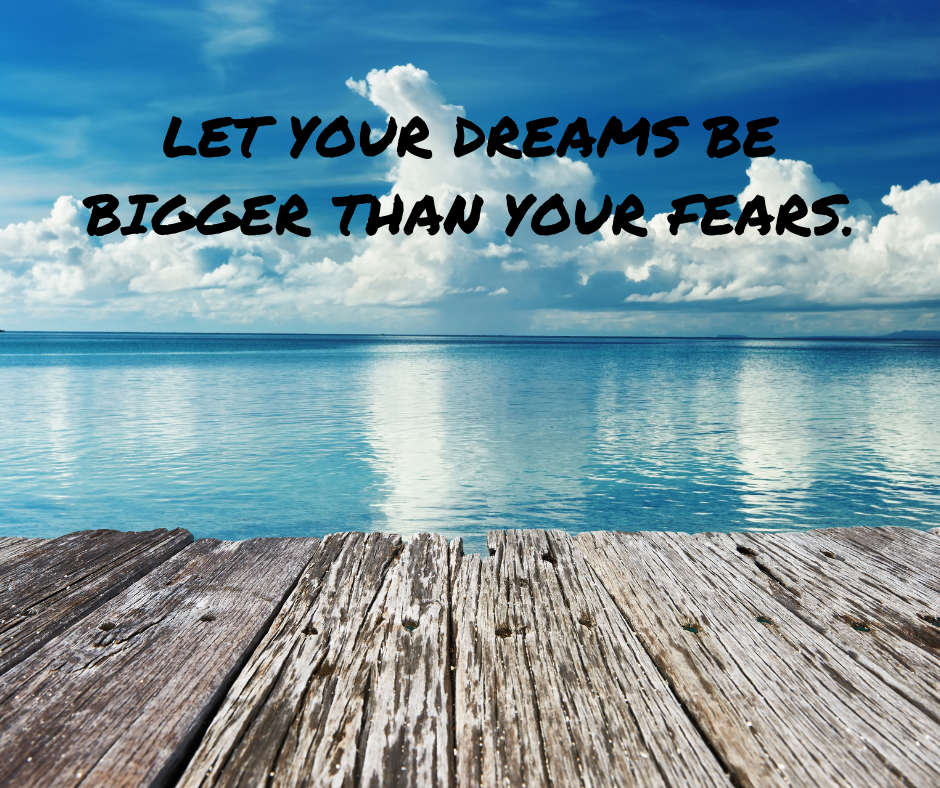 Well, here we are. Isn’t it crazy? Well, maybe it doesn’t seem crazy to you, but it does to me. I never saw myself doing what I am doing. As a child I was incredibly shy. Every day of kindergarten I would sit at my desk and cry (silently because I didn’t want to draw attention to myself). It took me years of baby steps and mindset shifts to become a person that would even talk in a public setting. I have had many awkward conversations with people along the way.  I still sometimes say awkward things!

Slowly I became more comfortable in public, but standing up in front of a group of people – Oh No!  Then one day about five years ago someone approached me and asked me to speak for a women’s brunch.  My immediate answer was, “No, let me recommend someone to you.” But she persisted and said, “I think you are the one that needs to share.” She believed in me and thought that I had a message worth sharing.   I went home to think about it, and this quote by William Wilberforce popped up, “Let it not be said that I was silent when they needed me.” I immediately sent her a message and told her I would speak.

That one brief conversation totally changed the trajectory of my life.  Not all at once, but slowly as I began to take the next step that was placed in front of me. I didn’t even realize what was happening because I had no grand plan.  As opportunities and ideas presented themselves I just tried to do the next right thing. It wasn’t even a conscious decision. An opportunity would come up, someone would say, “Would you go do this?” and I would give it my best shot. Or I would have an idea of something to try, and so I would. Most of the time doing it scared. I slowly began to learn that those fears only had as much power as I gave them, and my dreams could be bigger. Only now, years later, can I see the amazing way that all of those experiences have led me to where I am today.

There have been so many changes in so many areas – twenty years ago I was going through some really dark times and feeling so much despair.  It seemed like there was no way out – that things would never be different. Some of the problems were due to our own bad decisions and some of it was just a result of living in a broken world. Sometimes I look back and think, “Was that even me?”  It almost seems like all of that stuff happened to another person.  But our messes have a way of becoming our message if we let them.  I just want to encourage you if you are going through a difficult time, keep going.  Keep learning and keep growing. Use your struggles to push you and don’t let fear hold you back from reaching your full potential! Let your dreams be bigger than your fear!

Next: Action Brings Clarity to Your Plan →

The page you requested could not be found. Try refining your search, or use the navigation above to locate the post.