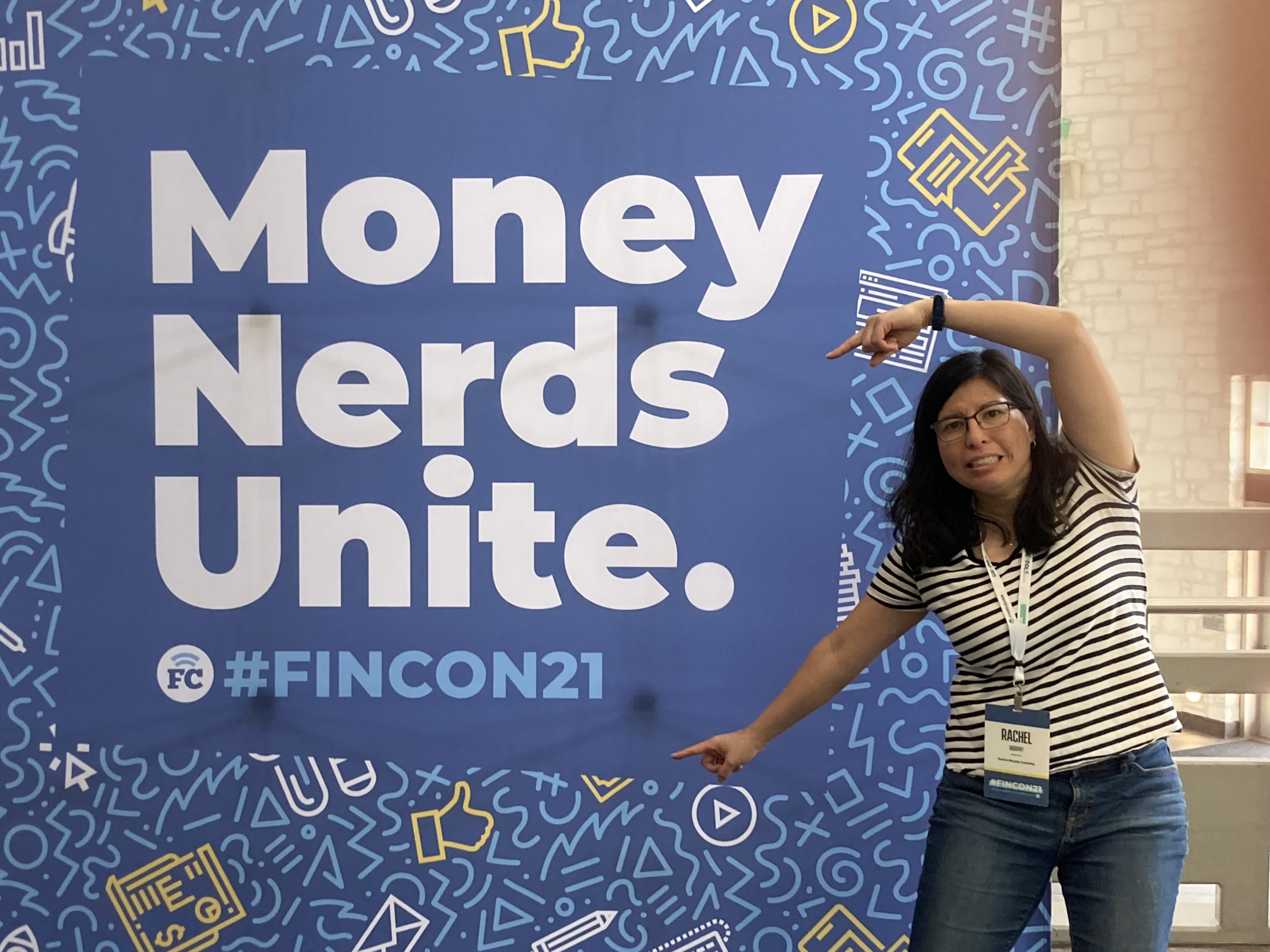 Keith and I got an opportunity to attend our first FinCon last week.  For those of you that have never heard of FinCon, let me tell you a little about it.  It is a conference held every year in different locations that brings personal finance content creators (bloggers, podcasters, authors, influencers) and brands together to connect, collaborate and learn from each other.  We are not new to teaching personal finance, but we are pretty new to this being such a focused part of our lives and really didn’t personally know anyone else in this space.

A few months ago the thought popped into my head, “We should go to FinCon.”  I’m not even sure where the idea came from.  I had never talked to anyone that had attended before about the conference and had just a vague idea about it.

I found out that they were scholarships available for new content creators and the deadline was quickly approaching.  I applied and won which gave me a free ticket to the conference.  We had Chase points which we could use for the hotel and airline miles which we could use for the flight.  All we needed to pay for was Keith’s ticket and food. It seemed like a great opportunity.

The week before was a rush of planning all the kids’ schedules and making meals ahead of time.  We flew in the night before (which I highly recommend) and got settled in.  We went to a little store nearby and bought a giant jug of water and a couple of 2 liters of Coke. They didn’t have any gallon jugs and we only drank half of the jug, but it was still cheaper than buying waters all the time. The airline will allow you to bring in a water bottle as long as you empty it before you go through security.  There were hydration stations in all the airports and at the conference center.

We had brought several gallon Ziplocs full of individual trail mixes, protein bars, granola bars, etc. Every day we would fill up one of the Ziplocs with what we felt like eating for the day and put it in our backpack.  The Ziploc kept them together and easy to find when we needed a snack, and we were able to help out some other hungry FinConners with our stash. Breakfast was free at the hotel. We mostly snacked for lunch and had a nice dinner every night. We did eat lunch one day at the conference center.  Next time, we will walk out the door and grab something nearby, if possible, because that meal was way overpriced. Our meals weren’t super extravagant, but we weren’t pinching pennies. Fun stuff was on the agenda too. We went on the doughnut run, and I had ice cream and Keith had a Starbucks.

Here is a breakdown of our costs for the conference for the two of us:

FinCon is a conference like no other. Most conferences want you to be at all the sessions and not loitering in the hall. This was totally not the case. At the first-timer’s orientation, we were told not to worry about missing a session, they are all recorded – feel free to be out in the halls networking. As introverts the whole networking aspect was a bit overwhelming at the beginning.  We knew no one else, but once we met a few people it got easier.

My method was to introduce myself to everyone in the vicinity of where I sat, ask them where they came from and what they did. I can see how this could be more challenging if you are an extreme introvert.   I am an introvert who has learned how to extrovert because I was a military/missionary kid so we moved and traveled around a lot. But I did have a headache for most of the week probably from the stress of peopling.  However, it was totally worth it! I met so many great people helping so many people in so many different ways learn about personal finance.

I highly recommend going to everything that you can.  All the sessions I went to were great – full of actionable steps. Go to the after-hours meetups.  Eat dinner with some new friends. We had a great time at game night just hanging out, playing UNO and eating popcorn. The words, “Can I join you?’ are your golden ticket. If at all possible, don’t leave before the Saturday sessions. There was still a lot of good stuff going on at the Roundtables, but many people had already left.

Overall our first FinCon was a great experience, and we highly recommend it to anyone in the personal finance space.  We will probably take one of our teens in the next year or two since he is really interested in the FIRE movement. It is not just a conference, but a community which cannot be fully described, but only experienced. We can’t wait to see all the great things that come about from what we and others learned at this year’s conference!

We also did a podcast episode about this, if you want to listen.

← Prev: What to Do When Life Gets Hard Next: You Are Not a Failure →